Our Group brings together mountain bike guides registered with the National Mountain Bike Academy, specialized and qualified to offer guided cycling tours in the Dolomites, Belluno Prealps, Feltre Prealps, and Prosecco hills with a deep knowledge of the territory, its culture and its culinary traditions.

Recommended minimum equipment: bike helmet, backpack, rain jacket, spare shirt, water bottle, sports shoes and locks, and a check of the status of use of the bike.

Please note: our trips are only suitable for mountain bikes.

Download the brochure with the list of tours in the Feltrine and Belluno Pre-Alps [pdf - 5.75 mb] (in Italian only)

Download the brochure with the list of tours in the Cadore area [pdf - 2.73 mb] (in Italian only)

Some pictures from our tours:

To enlarge the photo, click on the thumbnail; to exit click the [x] at the bottom right of the photo. 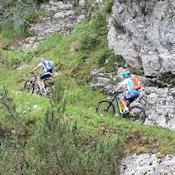 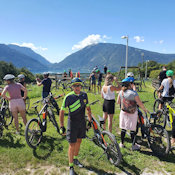 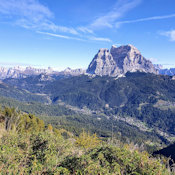 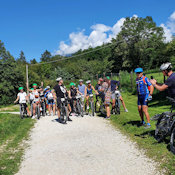 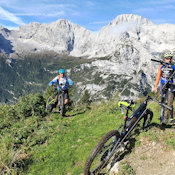 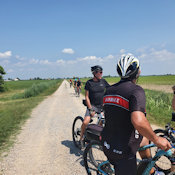 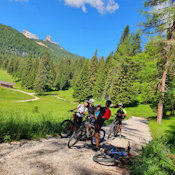 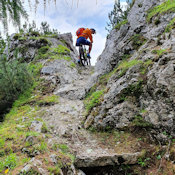 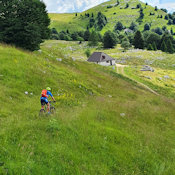 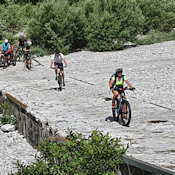 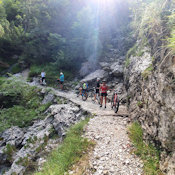 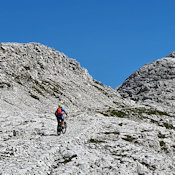 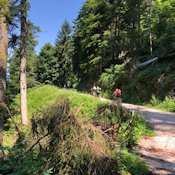 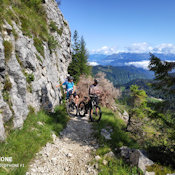 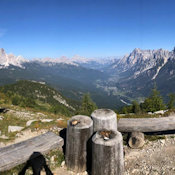 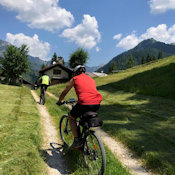 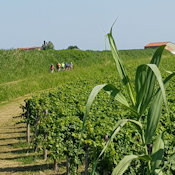 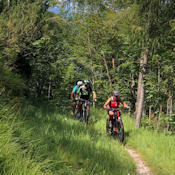 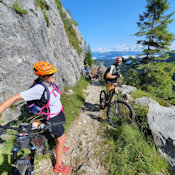